No Active Widgets in Sidebar Alt

It had been awhile since I’d been able to break away from the home and kids to join Charles in the hunting fields, but Saturday, January 28th was on the calendar as a hunting date, in observance of the last weekend of the season. We left town around 5 AM with our sights set on the Kansas border in hopes of pheasants, quail and prairie chicken. 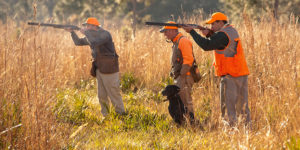 We hit a 200+ acre field around 8 AM on a sunny but chilly morning and walked from east to west through a nice blend of big bluestem and indiangrass. Within 15 minutes Charles and the dogs put up a hen pheasant, a good sign! About 5 minutes later, Mae made a direct approach to a clump of grass to the south of me, next to the road, and locked up on point. Sue and BB followed to the clump, all honoring Mae and pointing to back. It was all girls on this clump of grass and I gave it a swift kick. The clump of grass growled at me and I screamed! I called the dogs off in fear of a skunk, but a big raccoon crept out of the grass and went over the road onto property that we didn’t have permission to hunt.

The southwest corner of the piece we were walking looked promising and we turned towards the north to continue our quest for game. BB locked up on point right in front of Charles. Another raccoon! Charles called all the dogs in to work on their raccoon fighting.

The four dogs take on the raccoon

BB faces off with the raccoon

Our inspiration for getting involved with furred game comes from a few different directions. Charles has always been drawn to using the dogs to their full versatility, but has been egged on by his participation in the forum on http://www.versatiledogs.com/. I’ve made friends online with griffoniers in Germany and Finland who also use their dogs for furred game. Here is a picture from my friend Jenni in Finland of her dog holding a supikoira, also known as a “raccoon dog”:

A griffon from Finland holding a supikoira. Photo by Jenni Ruotimo

I have to admit that watching the dogs fight the raccoon was scary as they each took turns chewing on the snarling, biting, scratching beast. Once I saw that our side had taken some injuries, I told Charles to call the dogs off and shoot the coon. BB took a bite to the ear and Mae to the nose. They are all healing fine now, but the chaos of the fight was a little unnerving at the time.

We continued north along the western border with a scraggly treeline: perfect quail habitat. I never even heard the flush, but it couldn’t have been 10 minutes after the raccoon fight that Charles had a single quail flush and it was quickly placed in the bag. The treeline border was thoroughly searched with no quail covey found so we turned back east once we reached the northwest corner. The dogs were all acting gamey, so we retraced our steps a few times in that corner and spooked up a rabbit that Charles bagged. Sue didn’t hesitate in retrieving it at all, game is game!

The field eastward had a slightly sloping hill with some treelined waterways, so we scoured those for the quail covey, with no luck. The northwest corner of the property was wooded over, so we inspected it, then crossed to the eastern side of the woods. Right on the property boundry at an intersection between field and wood and cropland laid a pile of deadfall trees. One of those places that always has something in it, so we approached it very aware. Covey flush! Around 15 quail jumped up and flew back behind me toward the woods, I lined up a shot as best I could following the excitement and surprise, but failed to connect.

The area was searched thoroughly for a good hour, but we never found the covey again. We expect that they must have slipped on to the other property. There were a couple of more lockups by the dogs and resulting hen flushes, but no other legal game to be bagged.

We had some lunch and hit a few more fields with no results. Charles was out the entire Sunday and saw absolutely nothing. We took it as a sign that game and hunter alike were ready for some time off from each other.

A Perfect Guide For Quail Hunting 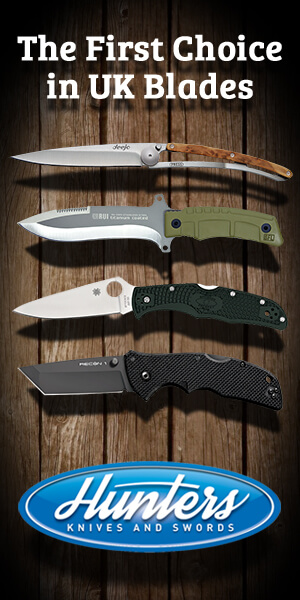